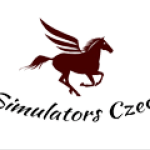 The Persian Gulf map was in large part chosen to act as the setting for DCS: F/A-18C Hornet combat operations. Operate from numerous, detailed airfields in the UAE and Oman or from the deck of a Nimitz-class aircraft carrier. Conduct air-to-air and air-to-ground operations over a huge, detailed portion of southern Iran and many of the Persian Gulf islands. New additions coming to the map in time for the pack include the SA-2 and Rapier surface-to-air missile system, the HY-2 Silkworm anti-ship cruise missile, the Aldar Headquarters building, the Sheikh Zayad Grand Mosque, and oil platforms. More map items like new airfields, unique buildings, and weapons will be added after the Pack. The Su-33 adds a great adversary aircraft for the Hornet.

This same Bundle Pack will also be available on Steam!

Don’t miss out on this great savings, and experience these three great modules together! Read more about the Hornet, Persian Gulf map, and Su-33 here:

This offer is from our DCS World e-Shop

These savings last until October 1sth, 2018.

This week we updated the DCS World 2.5 Release version from the current Open Beta version.

Our primary focus of the Hornet is currently a re-coding of the air-to-air radar to make it more effective and realistic. Updating the radar is not a simple task, but we will release into a later Open Beta as soon as possible.

Full changelog you can see in the dedicated thread on the DCS forum.

Running now and lasting until September 30th, 2018, we are offering all four DCS World helicopters for just $69.99! Normally a $199.96 value; this is a 65% saving on each helicopter. DCS World offers some of the most realistic helicopter simulations available on the PC, and nothing compares to the helicopter combat environment that DCS World offers.

You can purchase from our e-Shop